Series of cut-outs and collages of hands gleaned from magazines.
Hand games. The performance, the expression suspended in the gesture.

“These are the hands, all these hands, clear, agitated, or waiting around the green table, all seem to be on the lookout, (…) each with its own shape and colour, (…) some hairy like wild animals, others flexible and shiny like eels, but all nervous and vibrating with an immense impatience.
Twenty-four hours in the life of a woman, Stefan Zweig 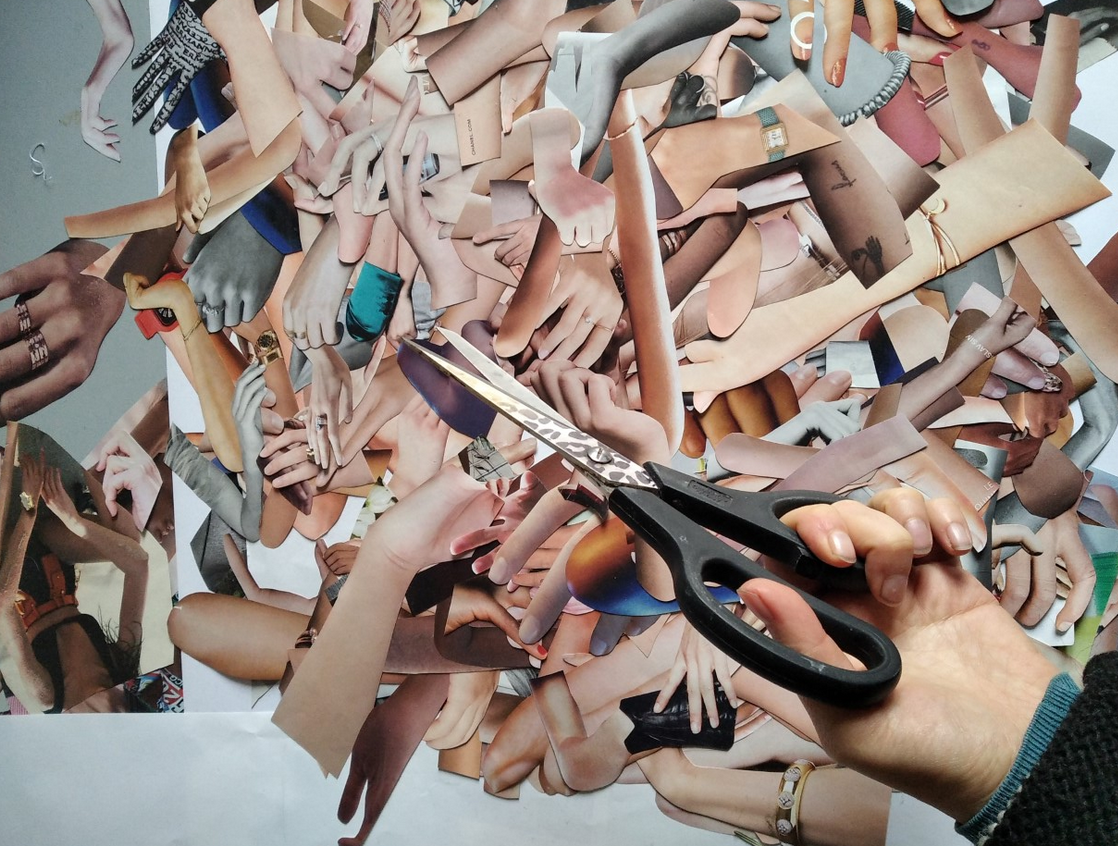 Tactile distancing. The pandemic has made the epidermis surface contact suspect, hands have become contagious, transmitters of the virus. Sanitary distances punctuate the in-between time.
“In all respects” is the body, the chattering body, intertwined with the gestures of a thousand arms, a rustle of fingers, a forest of signs and encounters.
These are the hands cut from the decorated caves, the hands of the maniples, Pontormo, El Greco, the hands of the performers Yoko Ono and Marina Abramovic… Gestures borrowed and turned over, assembled and glued. 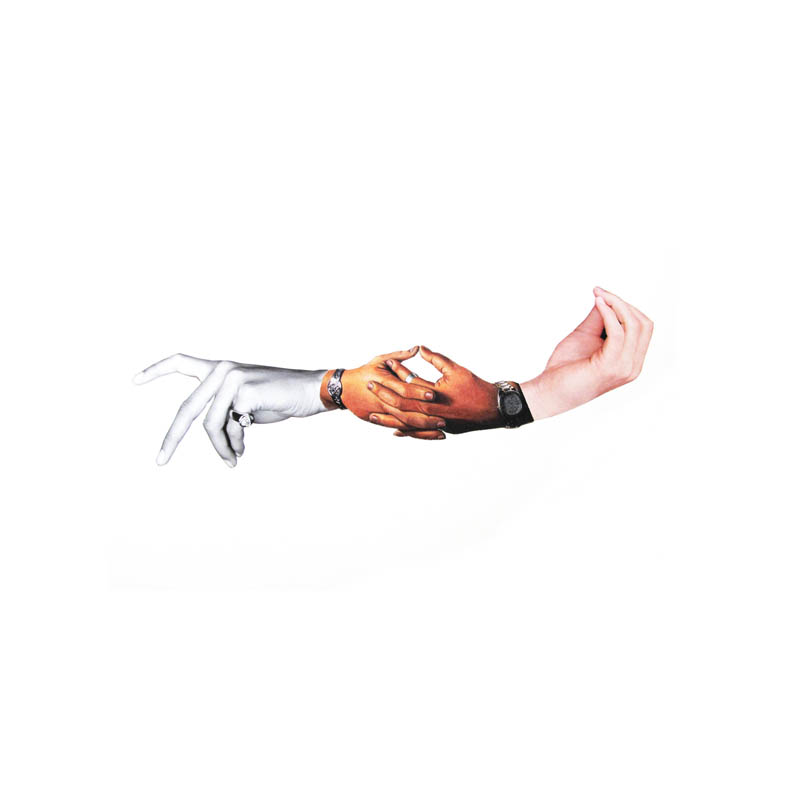 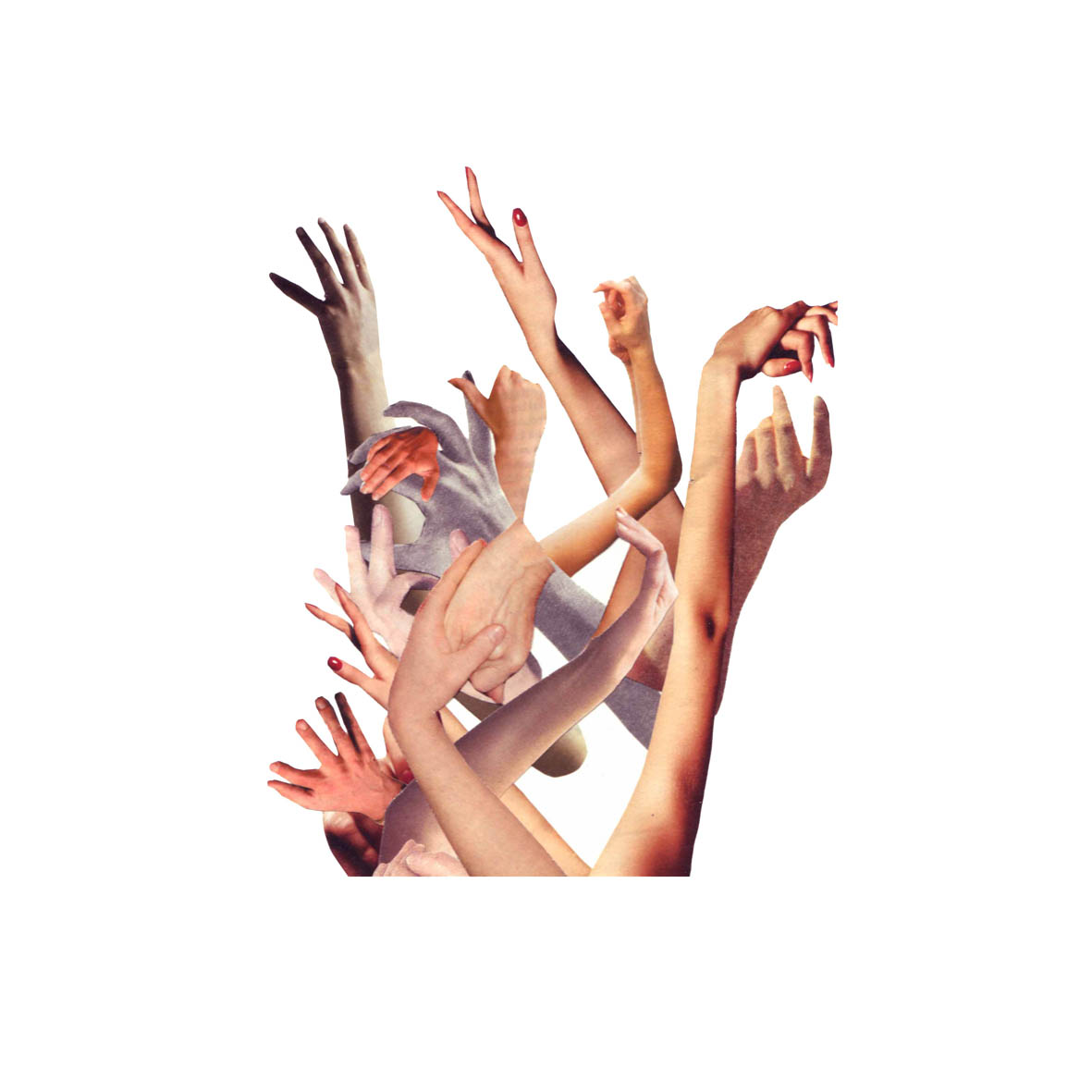 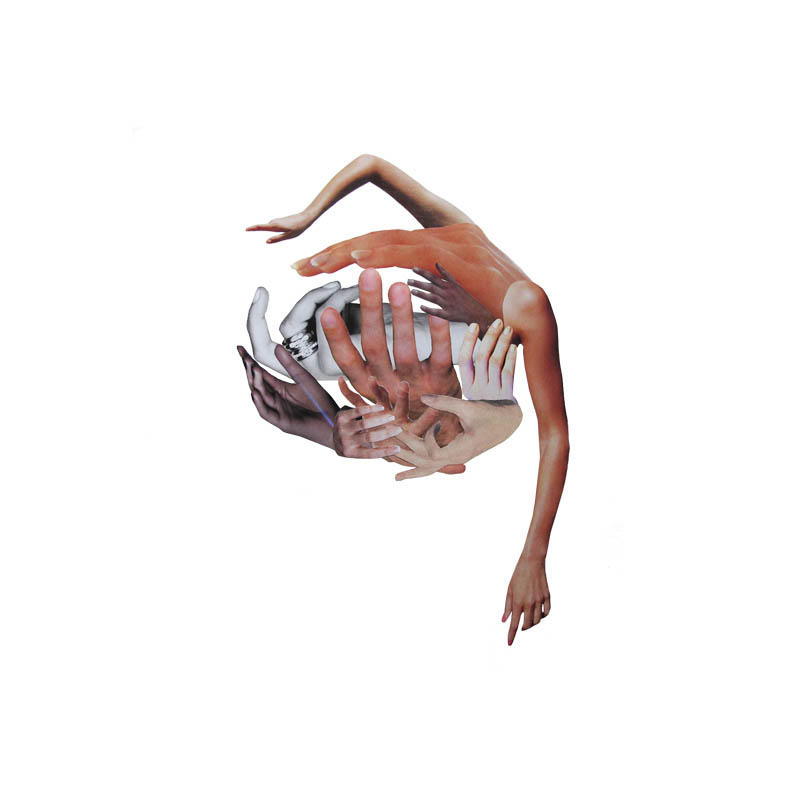