realized with the help of the Archaeological Museum of Cimiez, Nice 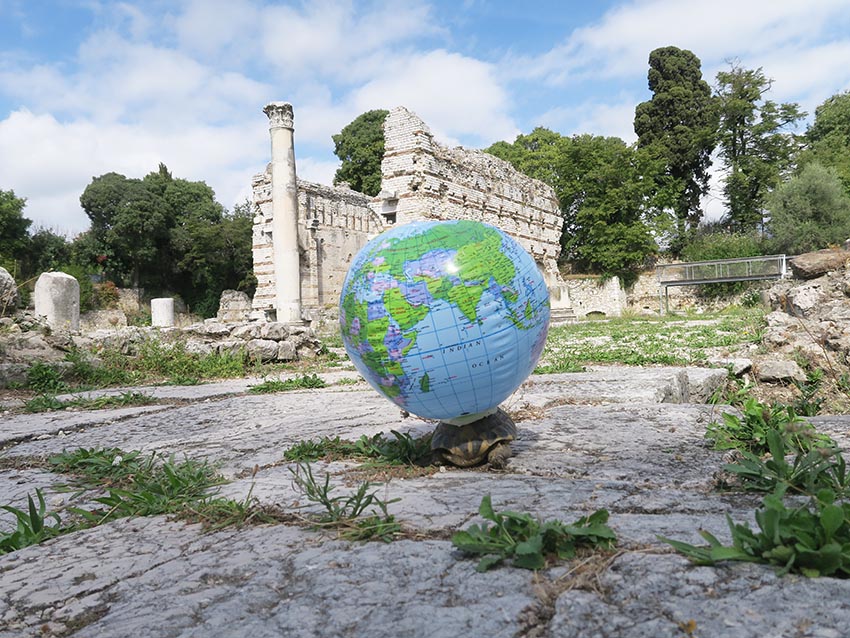 Atlas, a tamed Hermann’s tortoise, walks through the ruins of the Museum of Archaeology in Cimiez, Nice, with an inflatable map of the world on his back. The turtle is at the heart of legends and cosmogony. It carries the world in many cultures and here it walks on the back of a turtle through the ruins of civilization.

– no animal has been mistreated – 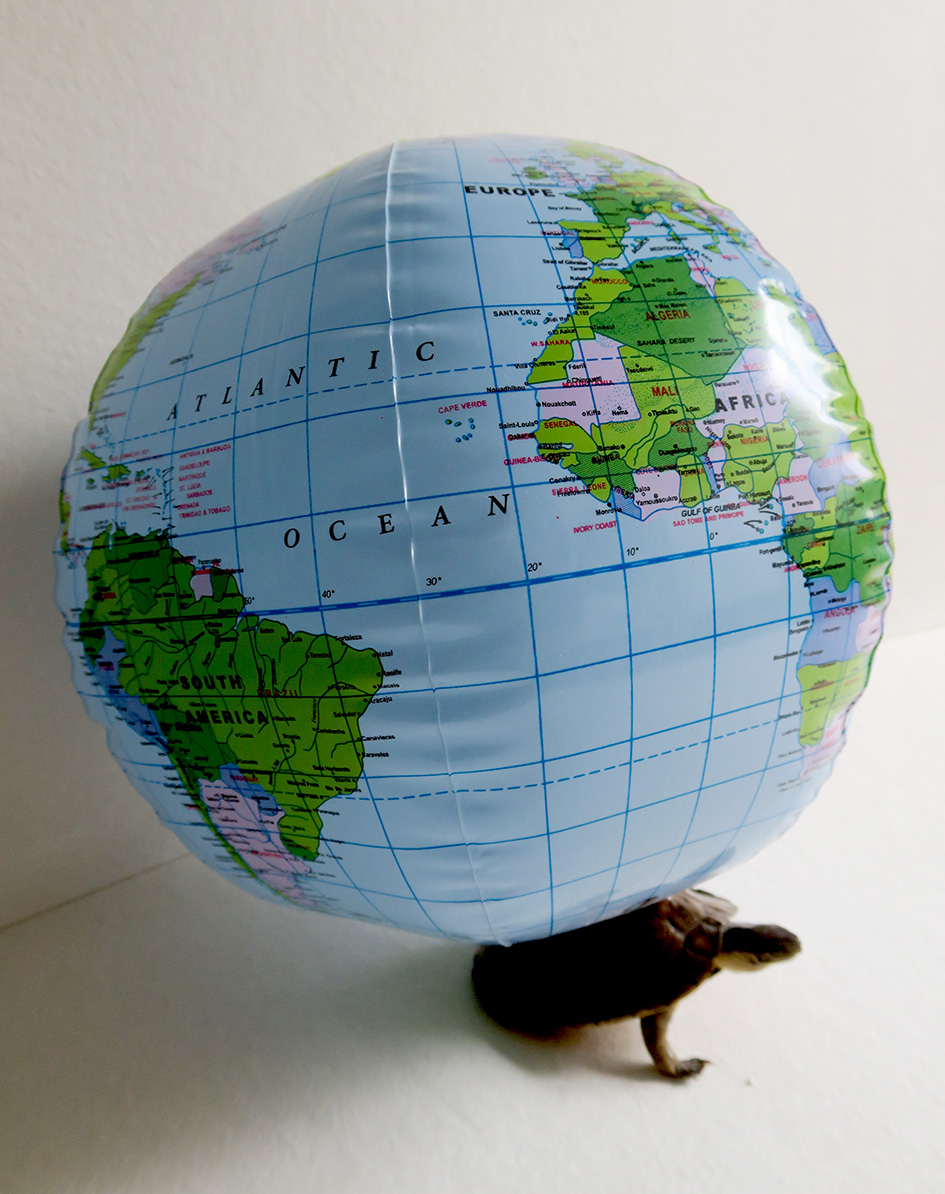 Geoterrapinism
refers to the theory that the earth is a disc carried on the back of a giant turtle that carries us through the vastness of the cosmos. Geoterrapinism refers mainly to the theory developed in the 17th century by the explorer Jasper Danckaerts. 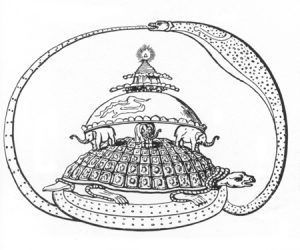 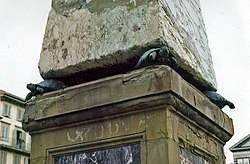