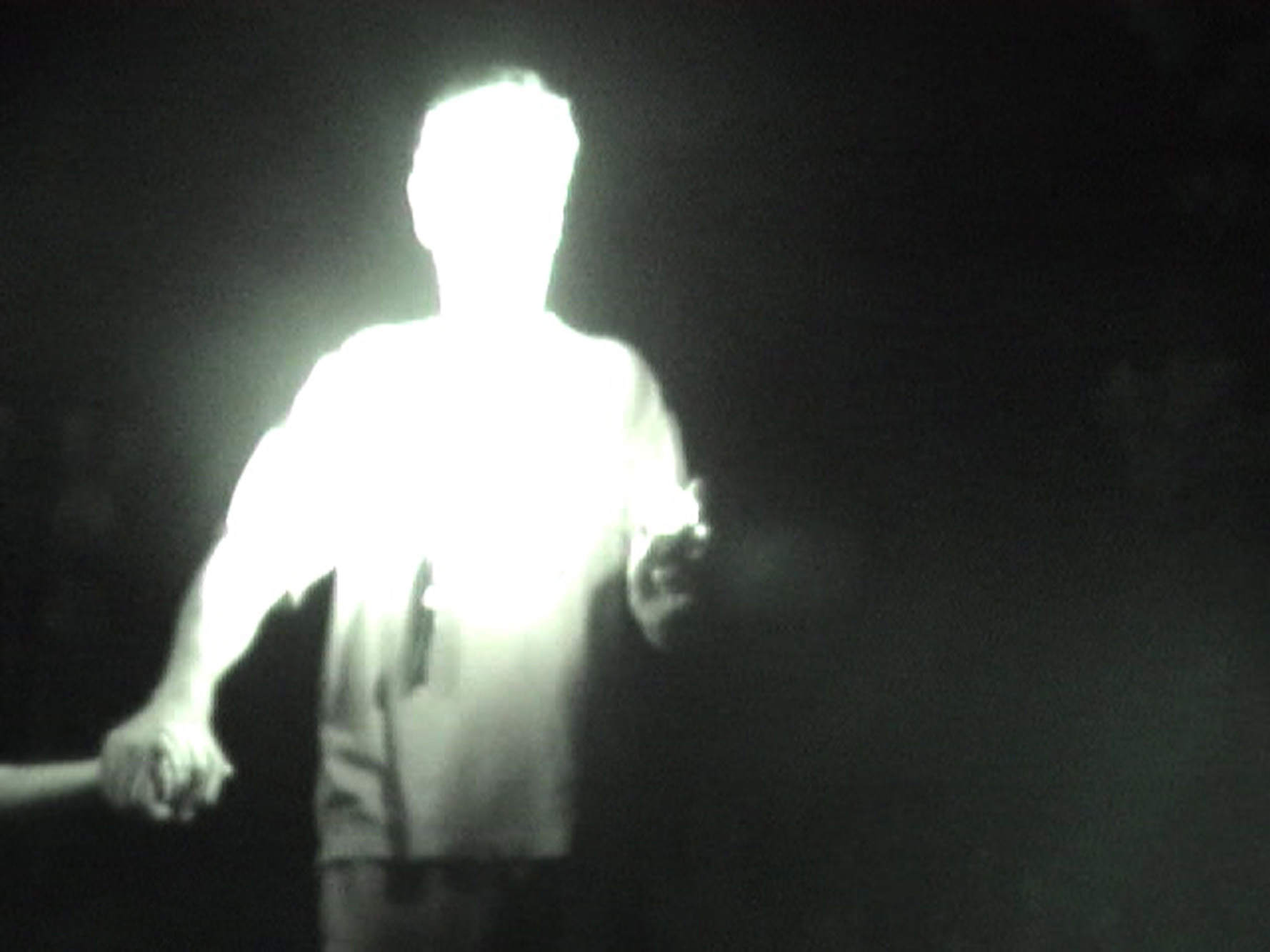 “A masterpiece residue remains inside our eyelids as patterns of semi-conscious memory” Allan Kaprow
Long walk on a moonless night. A progressive apprehension of the night space punctuated by the flashes of random photographs. The space is in turn imagined, perceived, felt and then cruelly revealed by the flashes leaving it to persist in the eyes. Photographs printed directly on the retina. 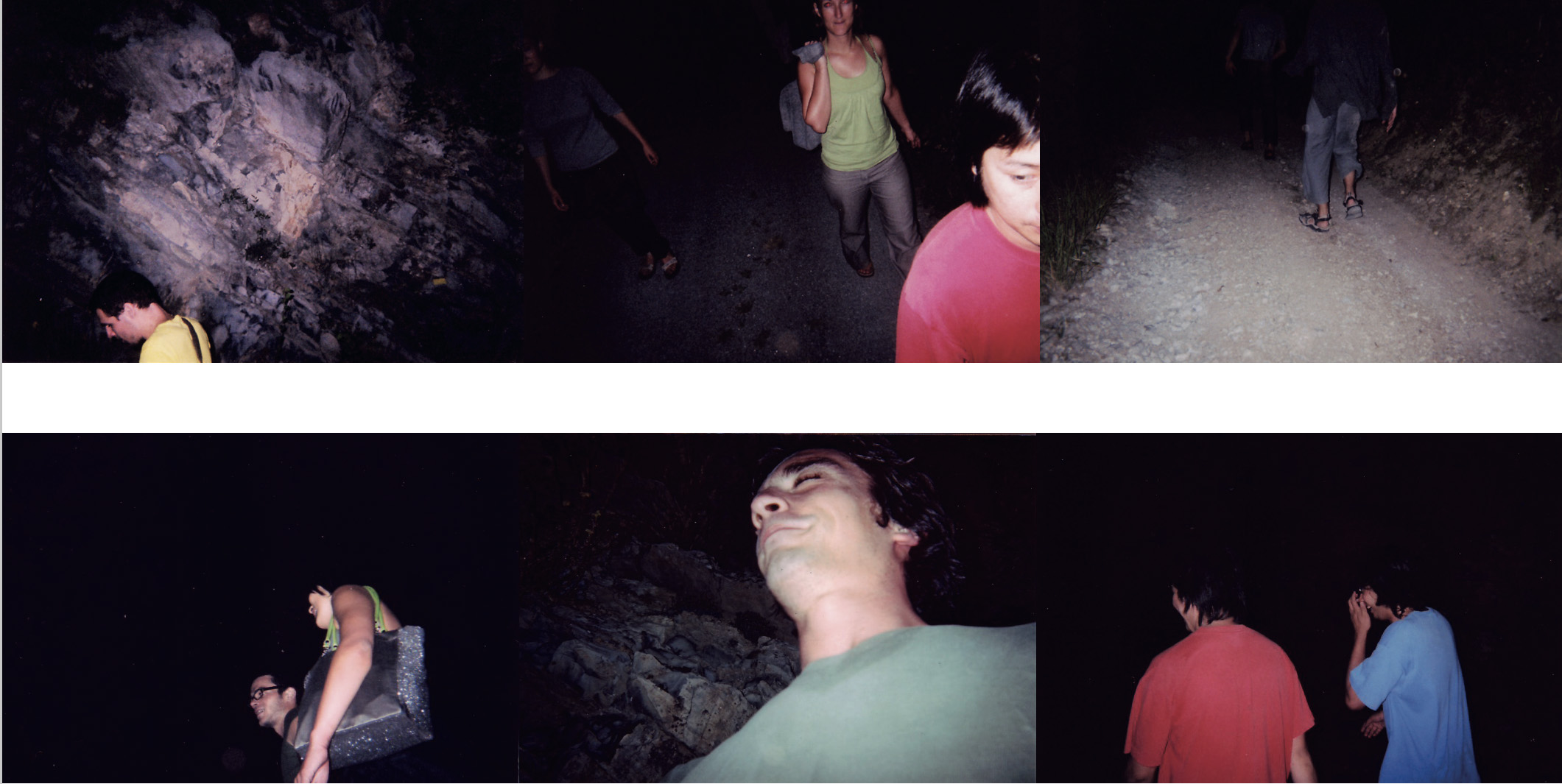 “It is getting darker and darker, the moon is not there to light our steps. Our bodies, perceptive, sharp as a phonograph needle, retrace the path like the groove in a record, we advance into the woods. The sounds orientate and disorientate us in the darkness of the night. Beside us, the presence of others is felt; a small group of people moves with determination into the darkness. Concentrated, each one advances, blind, confronting at the same time the blackness of the night and his own night, the one composed of his perceptions; the one where the imagined, perceived, felt space is confronted to the one revealed by the random flashes of the cameras which like raw fragments of reality that persist and are printed in the eyes and ears are added to the darkness of the night. “

“We experience the path as a pictorial and sound score, we grope our way through the space of its thickness from its “entrance” to its “nal”. As with John Cage’s Silence, this score-walk can be read and reread, listened to and re-listened to, while never being the same.(…)”
extract from the text C.Bouissou 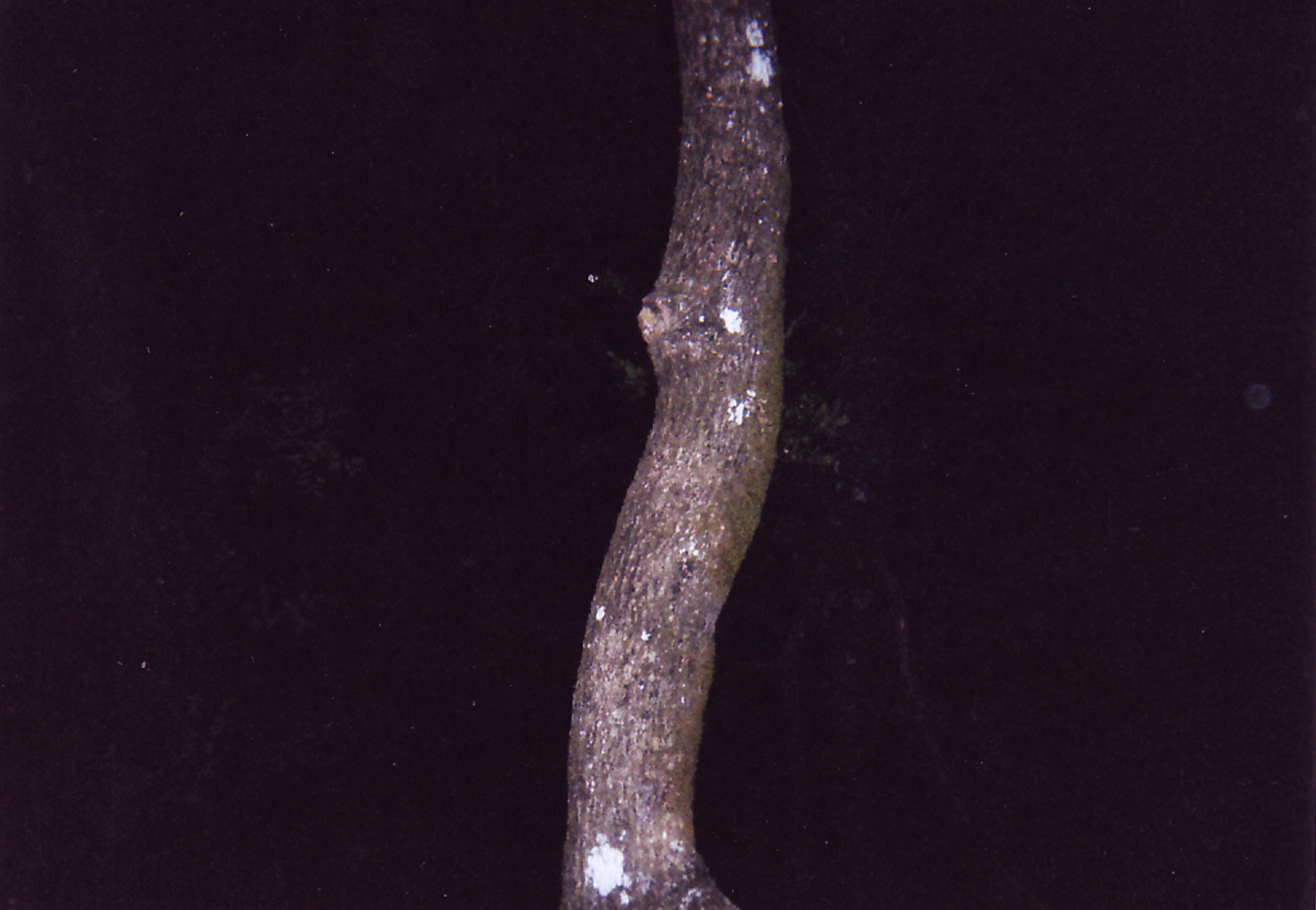