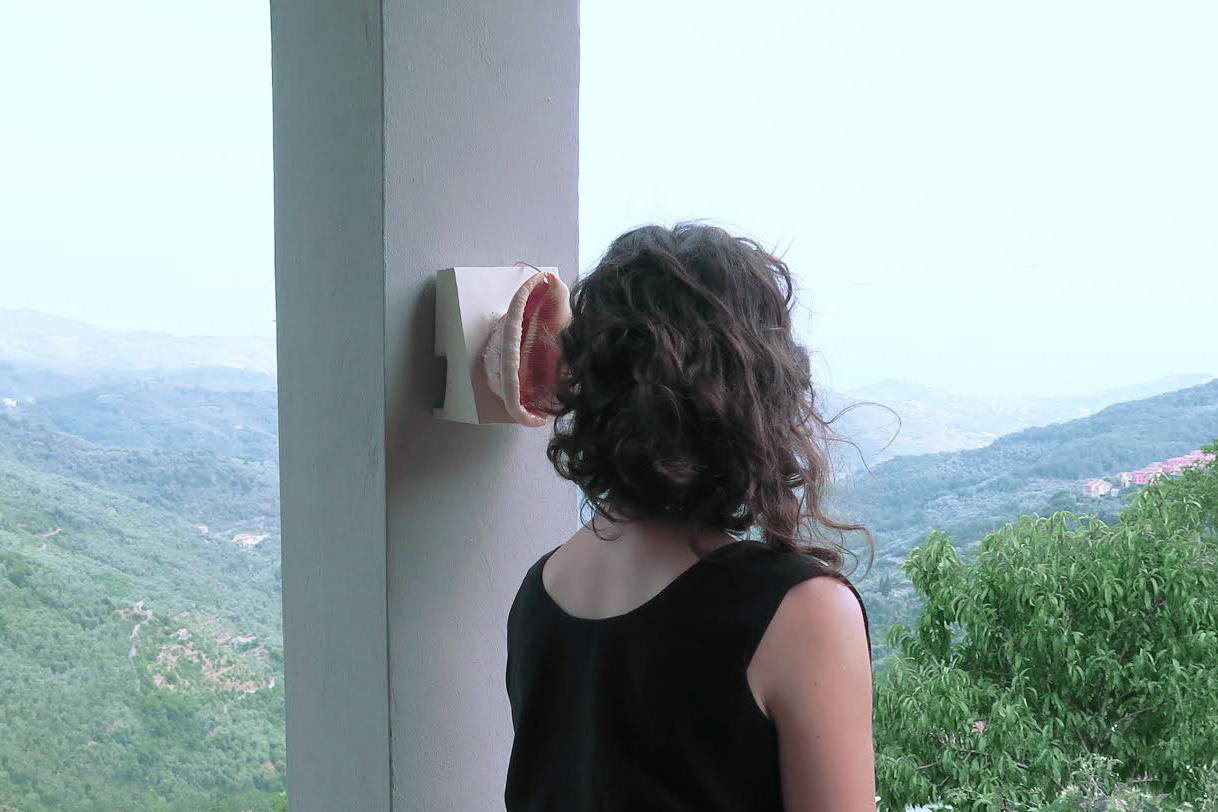 The ambient sounds are modified by the acoustic chamber of the shell – female sex – they are mixed with the sound of the voices of two people watching a meteor shower. According to a scientific theory, “Panspermia”, that has been maintained to this day, life developed on Earth with the amino acids brought by meteors…
The landscape stretches out before our eyes, from the Tuscan mountains to the sea, from the lush green vegetation of the undulating mountain ranges to the dense agglomeration of the seaside.

Panspermia
“Panspermia: Historically, panspermia was a theory that life in the universe spread through interstellar space as germs, spores or grains driven by light pressure. Currently, some theories about the origin of life on Earth call for the supply of organic molecules by meteorites or comets. Also, under this hypothesis, meteorites or comets would have brought to Earth the essential building blocks for life.” Futura Sciences